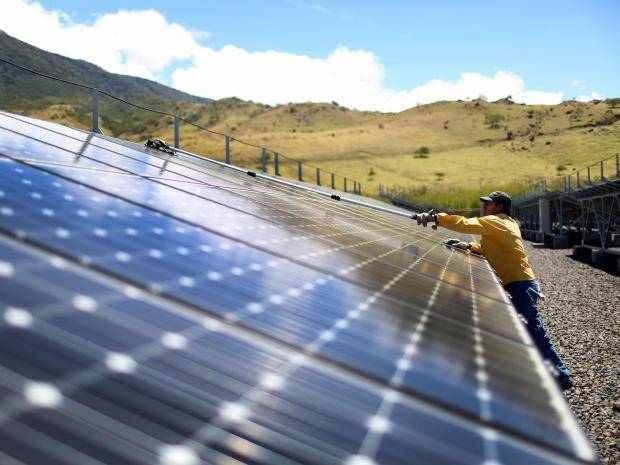 The new president-elect of Costa Rica Carlos Alvarado Quesada has come out with a promise to phase out the use of diesel and petrol in the country’s transport system, replacing them with cleaner sources of energy.

Alvarado Quesada swore a future where the nation will be free from diesel and petrol dependency in its transport system.

By his election, he will be the youngest among the presidents of Latin America, thus joining the exclusive league of leaders in the world who were elected at an age below 40 and also with a commitment to a future that is based on clean and renewable energy off grid solar systems kits.

This is simply a very young president who is sending a very clear message to the nation, with emphasis on the younger generation.

He also made a call for the new leadership of the country to adopt the promotion of electric vehicles via the purchases of public institutions and also to form a synergy with citizens who are engaged in order to come up with greater coalitions.

Quesada also made a promise during the campaign period to lead the modernization and electrification of an old diesel train that leads to the research and development of bio fuels and hydrogen by transforming the government-owned petroleum refinery.

The Costa Rican president also promised to sign a law banning the exploration and exploitation of gas and oil in the country.

However, the transport sector will definitely pose to be a greater challenge as it is responsible for over half of the total CO2 emission of the country, making the sector paradoxically quite profitable for this ecotourism purpose.

According to Vega, who won an election to Congress, the climate change issue requires policies that emanate from the presidential palace and not just from one ministry alone.