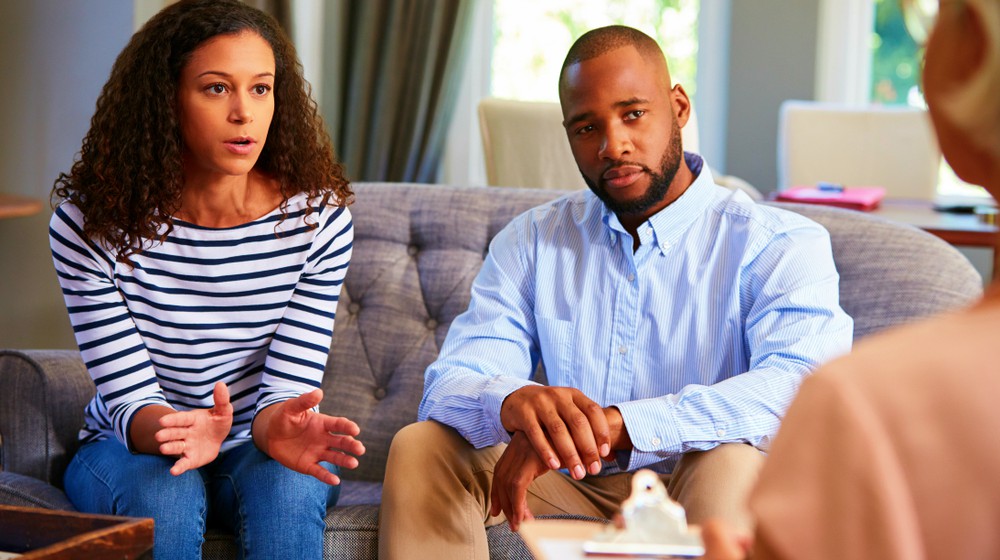 Have you ever wondered what happened in your relationship to lose that spark? Perhaps the beginning of your relationship was filled with love and romance, but then children, life and routine took over and now you look back and wonder why you fell apart. How do you detect the warning signs your marriage is failing?

Why is it that you no longer feel that love anymore? Does it feel so disappointing that you lost that connection or desire for each other? Perhaps the daily stressors have caused you to feel apart, no longer working together. Do you find you’ve stopped paying each other attention and stopped considering each other? What are the reasons your marriage is falling apart?

Just like taking care of your car, relationships need tune-ups and maintenance in order to fuel the longevity of a happy marriage, in order to prevent the problems from spiralling downwards.

It can feel relatively normal to avoid working on your relationship because somehow it seems that the relationship should sort itself out, without noticing what is really going on. Perhaps you’ve taken each other for granted or became complacent, until your partner wanted more from life. Sometimes, you can think that everything is fine, until your partner tells you they want a divorce. In fact, some wait until the relationship is almost beyond repair before they notice what is going on and seek marriage guidance. Sometimes, this is too late, and other times it can be the right time to pay attention to your relationship, re-build and repair with marriage counselling Melbourne for couples. So, what are the warning signs of marriage failure?

Reasons your marriage is falling apart

As a marriage counselling Melbourne, the most common reason for marriage failure is not being heard and not having your feelings understood by your partner.  Marriages fall apart when couples stop responding to each others feelings; this is due to defensive patterns that build up over time that get in the way of being available for each other in the relationship. This causes each partner to feel that their needs are being unfulfilled in the marriage, leading each to feeling alone, building resentment, pulling away or not considering the other person. It seems like a basic skill to listen, so why is it so difficult to listen and understand each other?

What are the causes of marriage failure?

One of the obvious signs your marriage is failing is reacting in the heat of moment or flying off the handle at each other. Many communicate when they’re angry,  whereby they are often perceived as being attacking, critical or blaming. So what they’re really trying to communicate gets lost and misconstrued as a personal attack on the partner.

An indicator that your relationship is failing is letting issues slide. Instead of addressing issues along the way, many let the issues fester and build up, until the problem is out of control in the relationship. It is therefore too late to do something about it. The partner who gets infuriated at your behaviour becomes the person who constantly tells you off or controls you. After all, no one wants to be told what to do, otherwise they will resist that person.

A big clue that your relationships is falling apart is blaming each other. Many point the finger and blame their partner, rather than communicate how they feel, so they do not get understood for how they’re feeling but perceived as being moody, nagging or always complaining. No one wants to be around someone who is constantly cross or mad at them.

Many couples stop listening and understanding each other’s feelings when unresolved issues or unexpressed needs lead to bitter resentment. It’s hard to have empathy for each other if you feel resentment towards them.

Many protect themselves to avoid feeling hurt or vulnerable, by ignoring how they feel until they end up reacting by being nit-picky or attacking. By this stage your partner sees you as being critical and not understanding your pain, which underlies your reaction.

Avoiding conflict can cause marriage breakdown. If you keep your feelings inside to keep the peace, then you might be giving up yourself or lose yourself in relationships. This can lead to distancing or not caring how your partner feels by disengaging from them or not considering them anymore.

They’ve hurt you, so you hurt them back to get even. You’ve stopped caring about how they feel and build ammunition for them to fire back at you. Hurting each other to defend against pain is a strong indicator that your marriage is failing

When you constantly feel wrongly accused, or taken the wrong way this creates a massive sign your marriage is failing. Perhaps you accuse your partner of things, without being curious and checking it out with them. This causes you to draw your own conclusion, often taking their behaviour the wrong way. You let your mind run wild with fantasies, causing mistrust, jealousy and controlling behaviours. You look for evidence to support your perception without hearing them.

When unwanted feelings get stirred up, we can think others have caused us to feel this way, simply because they’re the person who triggers them. So, you want them to do something about it. Putting our feelings onto our partner and expecting them to make us feel better about ourselves stops us from building our own self-confidence, by relying on them for validation.

You cannot own your mistakes or part of the problem because it causes you to admit fault, so you blame others, make excuses or justify your actions. You may brush away the problem and pretend it does not exist. You want your partner to let go of bringing up the problem, without acknowledging the problem and taking responsibility for addressing it.

You hold onto anger and bitter resentment and let your partner pay for it, so you become stuck in the problem rather than move forward. It’s hard to listen when you want them to suffer for the pain they caused you.

You put up with things that you shouldn’t, and cannot set limits or boundaries on how others treat you. So you end up letting others walk over you because they do not take you seriously. When you finally stand up for yourself they disregard you because you’ve let them get away with their actions for so long.

Another reason marriages fail is because one person hears constructive feedback as criticism and feel judged or attacked, so they stonewall to avoid creating a negative reaction.

Sometimes it is easier to avoid the issues than deal with them along the way since they can bring up our feelings. The most difficult challenge can be acknowledging that a marriage problem exists. By identifying these early signs that cause marriage failure, perhaps you can change the track of your relationship and do something before it is too late.