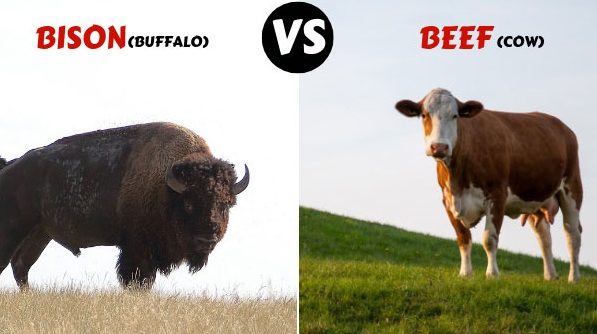 Bison as well as cattle, are both known to be even toes ungulates. They’re linked genetically since they belong to the same Bovidae family. Bison are nomadic grazers, whereas cattle are domestic animals. Both animals are ruminants, which means they can obtain nutrition from plants.

They can do so because they have unique stomach systems that can ferment plants before digestion. Cattle are frequently given grain-based diets, despite their natural preference for green plants.

Bison, on the other hand, are allowed to move as a herd and eat their natural food. Not only is that but their movement thought to be driven by a desire to optimize their diet. You can easily find a bison in a bison ranch. 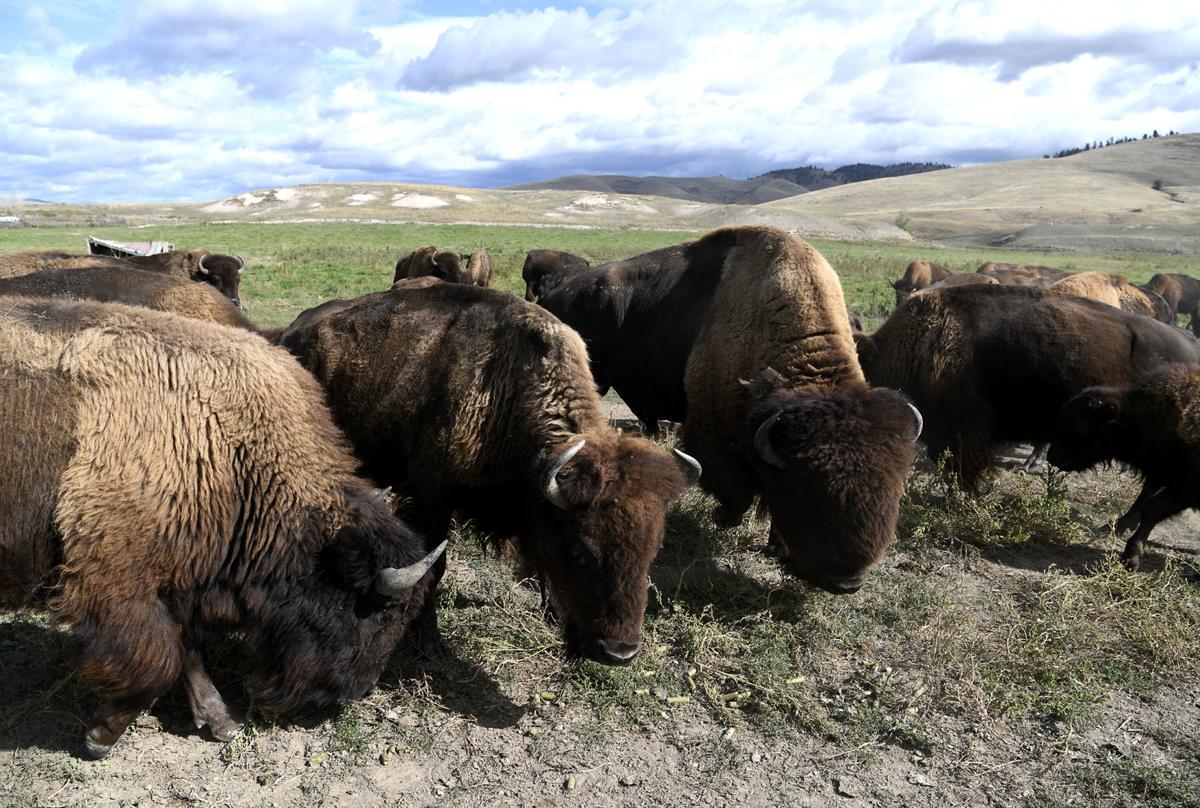 Buffalo is the name given to American bison in the United States as well as Canada Bison. Therefore it’s reasonable to call this a nickname. The real buffalo, which is just a distant cousin of the American bison, is truly a distinct species.

The real buffalo is located in Asia and has a distinct appearance from the American bison. During ancient times, millions of bison roamed the North American continent, which stretched north to Alaska, south to Mexico, and east across the Appalachian Mountain Range.

However, by the late 1800s, human hunting, as well as habitat destruction, had decreased the number of buffalo to only a few hundred.

Bison numbers have fortunately recovered, despite their habitat being considerably less than it was in ancient times. In the United States, there are now approximately 500,000 bison, with around 12,000 in Canada.

There is just one bison herd in Mexico, with a population of between 80 and 130 bison. Bison Ranch is also being created to increasing their number.

Although both cattle, as well as bison, produce methane, many people feel that bison’s modest methane production is compensated for by its many environmental advantages. Bison do not destroy regions by overgrazing since they are migratory.

Bison are an essential component of the ecology in North America since they are a wild and natural species. Their urine, as well as dung, nourish the grasslands, and their hooves assist stir seeds into the ground as they wander.

Many people like the flavor of beef but are concerned about the environmental effect of growing beef cattle in the United States.

However, by substituting bison vs beef in your diet, you are assisting in the continued preservation as well as cultivation of a species that is vital to prairie ecology.

So, the above-discussed ones are some of the major existing differences about bison vs beef. The popularity of bison meat is growing day by day with the rising number of bison ranch in various parts of the world.

I hope, after reading this section, you will get a very good idea about the distinctions existing between these two animals. Due to the innumerable health benefits associated with bison meat, a lot of people are currently replacing beef with bison.