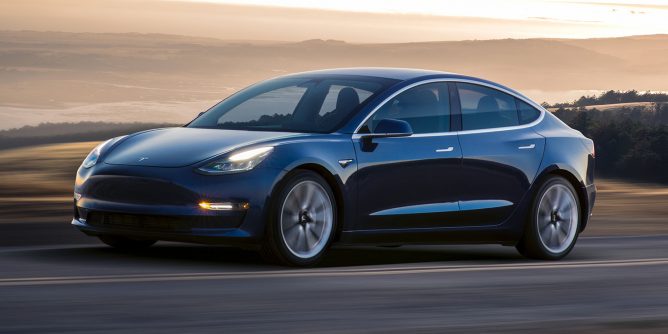 Fuel economy has been a rising star in new car purchases for decades in the United States. American consumers buy an average of nine cars in their lifetime—down from the pre-recession figure of 13—and as such, are becoming more discerning customers when approaching a purchase of this size. No longer do conventional vehicles sporting enhanced horsepower or smooth ascetics sway shoppers as primary incentives for buying.

Today, buyers are searching for mileage range figures, construction that utilizes sustainable, high-quality materials, and SUVs that can match highway MPG with their sleeker competitors. In short, the US market is moving away from a polarized automaker centric model of car buying with consumers instead analyzing a variety of factors that have nothing to do with brand loyalty and everything to do with starting price, packaged incentives, and gasoline or electric vehicle efficiency. So how do you—as a buyer in this new market—size up the dizzying array of options without brand attachment or assumptions about any particular automaker in mind? You need to approach this important decision with a thoughtful research strategy. First hone in on the features you are seeking out, then consider your budget, type of car, financing options, and compare individual vehicles on the market.

The Shortfalls of Traditional Gasoline Models

Conventional vehicles continue to dominate the US market — with EV market share approaching just 2% in 2018 — through powerful brand names such as BMW, Hyundai, or Audi. For this reason, electric vehicles such as Tesla or the Bolt continue to maintain high initial price points compared to their alternatives: but these prices are coming down at a steady rate all across dealerships in the United States. Gasoline cars are becoming more commuter friendly through hybridity and other measures, but they are still far less fuel efficient than their EV opposites. Gas powered motor vehicles suffer from fluctuations in oil prices as well—an obvious fact, but one that is not often viewed over the long term by drivers. The average US. household spends one-fifth of its annual budget on travel expenses, and the national average “eGallon” calculated by the Department of Energy is more than half that of regular gasoline. The savings are immediate, and continue to pile up as you drive into the future.

Another option available to consumers is the plug-in hybrid. These vehicles are being produced across the automaker spectrum, from the reliable, budget-friendly Toyota Prius—the breakout PHEV—to the Porsche Cayenne E-Hybrid that maintains its luxury SUV appeal while providing the best of both worlds: excellent fuel economy with high powered pound-feet of torque and horsepower that feel familiar to the Porsche driver.

What’s Out There on the Market?

If you’ve decided that a fuel efficient future is a key feature in your search for a new vehicle but don’t know where to start, then a comparison of the field is necessary to taking the next step in your research. Whether you’ve just seen a commercial for Volvo’s newest venture—the Polestar line—or are thinking about local government regulations that are incentivizing electric vehicle ownership, figuring out what’s out there is the first port of call when considering what to park on your driveway for the next 10 years. Additionally, those looking to capitalize on the tax credits available to new electric or PHEV buyers will likely want to jump into the market sooner rather than later as the tax credit scheme is in a reductionary phase, so now is the perfect time to consider making the most of your buying window. While no automakers have been phased out of the tax credit offerings yet, many manufacturers are approaching the 200,000 qualified EV figure outlined by the IRS and dollar amounts are or will soon be in decline before disappearing altogether.

Tesla vehicles are a good starting point when contemplating a best plug in hybrid electric cars. Although they will cost you a lot in the short term, Tesla models tend to be viewed as the gold standard of pure electric vehicles both for their sleek looks and fully loaded features. Teslas appear in a variety of styles, from the compact Model S through to the large profile of the Model Y SUV that rivals the size of a BMW X3.

The Tesla Model X is a new 7-seater SUV, sitting squarely in the center of Tesla offerings in terms of size; the ‘X’ boasts a 300-mile electric range on a single charge. The Model X is perfect for larger families that cannot afford to sacrifice space for MPG efficiency. This vehicle is built from the framework of the Tesla Model S, and sports a shorter profile than is customary in SUV design — ostensibly improving the mobility of the car’s handling and rollover protection. These also come packed with massive battery packs, sporting huge kilowatt-hours of electricity over their competition; anywhere from 75 to 100 kWh ratings.

The bolt is a stunning alternative to the formerly expensive world of PHEVs or fully electric cars. The Chevy offers a fully electric motor with a formidable MGPE range of 236 miles on a single charge—the newest model year improves this figure by about 20 miles of range per full charge. As well, these models still include an attractive federal tax credit inclusion that makes them an even more attractive alternative to their more expensive competitors for new EV drivers. This is a particularly useful model for commuters as it offers good cargo space alongside a compact overall build; and the purely electric nature of the vehicle’s engine means that you can skip trips to the gas station that cut into time spent at home at the end of a long day at the office. The Chevy Bolt is certainly a contender for the best electric vehicle in its class.

A Contender in the Low Cost Electric Motor Arena: The Nissan Leaf

The 2019 Nissan Leaf is another great offering in the line of affordable EVs that have ditched the traditional gasoline engine in favor of a more environmentally friendly approach to the road. With a battery pack offering power ratings of either 40 or the expanded 62 kw hours of power the updated model year of the Leaf can operate at up to a 226 mile range on a single charge. This rating comes in lower than the Chevy model, but the Leaf also boasts an even more affordable price tag along with higher limits on the federal tax credit for EV drivers able to cash in on the program.

Nissan has been a long-time participant in the EPA effort to produce environmentally friendly sedans that remain roadworthy. Along with Hyundai, Nissan has acted as a as a rudder, steering the entire industry toward a higher quality experience and common best practices that create attractive vehicles that are aesthetically sought out by new converts as well as productive vehicles that can compete with traditional gasoline guzzling internal combustion engines that are damaging to the environment.

BMW, Audi, and Jaguar have all released their own takes on electric vehicles in recent years, with Jaguar’s I-PACE taking home a series of ‘2019 Car of the Year’ awards. The I-PACE boasts a 90 kw hour battery pack that is designed with horsepower in mind. But with power comes MPGE tradeoffs and its range is limited nearly identically to the more budget friendly models while running you two or three times the price of other new EVs. The BMW i3 is another high performance option that is worth consideration. For commuters who double as lovers of the road, a BMW model may be a good option. The price tag will run you considerably less that the I-PACE, while delivering a comparable experience in the power department. Although, the i3 suffers from an even further minimizing of available miles of range: 153 or 200 with an added range extender in this case. However, the i3 boasts terrific charging capabilities above and beyond its nearest competitors with up to 80% range restored from empty in just 40 minutes at high powered public charging stations. Finally, the Audi e-tron must be discussed. The 2019 model year was awarded as the IIHS Top Safety Pick, and boasts a 204 mile range with fast, 150 kW DC charging that can provide a quick boost of 54 miles of range with just a 10 minutes’ charge. As a drawback however, the e-tron ranks as the most expensive among these close rivals emerging in the EV market.

Changing over to a new electric or hybrid vehicle is a great way to help maintain the environment, as well as the integrity of your wallet for years to come. The United States is embracing the future of electric cars now more than ever and we will continue to see an influx of better and brighter vehicles of this nature in the coming months and years as more and more automakers dive headfirst into the market. However, now is the time to strike, with federal tax credits available and a widening array of public charging options to counteract the uncertainty of gasoline pricing, hybrids and pure electrics have never looked more attractive.