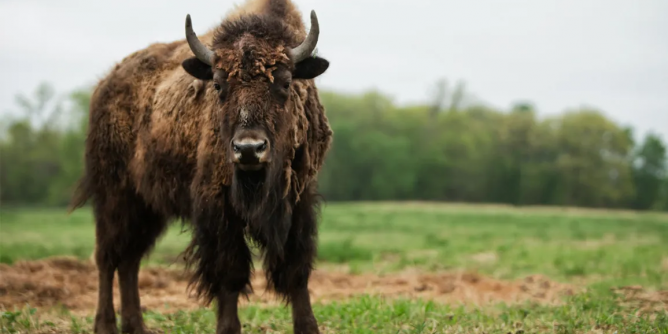 Bison have been a native species to Canada and North American plains by adapting to the local weather. There is natural feed available for them. As raising Bison is quite easy in an economical way, also the meat is having great demand! In Canada, bison are marketed through a grading system with utmost consistency in quality.

The bison industry in Canada and North America is growing and their meat is positioned as premium red meat nationally and globally. Bison meat is in demand for low-cost management and high market values.

Bison meat offers a healthy and nutritious red meat that is in demand due to the increase in the number of health-conscious consumers who love the eating experience. The traditional red meat apart from bison is full of calories. Bison meat Canada is having a distinct flavor, which is lean and tender. Also, is sweeter and richer in taste! It is easy to cook and does not have a foul smell, like that of buffalo meat.

Canadian bison meat is very nutritious because of the right proportion of protein, fat, and minerals, and has fewer calories. Bison meat has a higher concentration of iron, zinc, and essential fatty acids. Bison meat is rich in protein with the perfect balance of amino acids. Each serving of bison meat contains just about 22 grams of protein which helps one’s body builds and repair tissues. It also produces hormones and maintains cell membranes and components of the immune system.

It is also rich in Vitamin B12, Selenium, Zinc, and Phosphorus! Has Vitamin B6 and Niacin which the human body requires for daily intake. It has linoleic (Omega-3) & (Omega 6) fatty acids. It helps to fend off Alzheimer’s disease and reduces the risks of a heart attack. The rich iron content in bison meat helps keep up energy and increases the capability of transporting oxygen and carbon dioxide to the body cells through blood! As Well as health benefits of wild bison meat.

Wild bison meat are raised in the natural environment and are fed natural grass. There are no hidden antibiotics administered. The owners of the ranch and the farmers love the way the bison fare for themselves, better than sheep or cattle! Bison are herd animals and move around together. Bison are raised in healthy grasslands and are a no-nonsense tribe.

Some of the farmers provided a combination of grains, hay, and silage at some specific times. Most Canadian bison farmers, provide a grain supplement with natural grass from90 to 120 days, before they are ready for slaughter.

Bison do not fall sick regularly, with an exception of some rare cases. They possess healthy vigor and stamina and grow rapidly into a fine adult in a very short period. Farmers do not use any artificial fertilizer on their land and ranches.

This fixture of theirs helps them in getting an organic farming certificate from the Animal husbandry ministry in the Government. Techeduhp, they sell the Canadian bison meat to all the Hotels and restaurants along with retailers and individuals, be it online or offline!